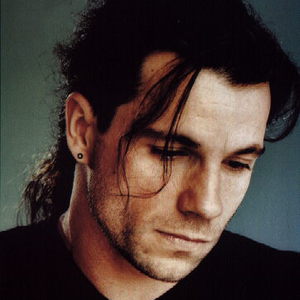 Bruno Pelletier was born August 7, 1962 in Charlesbourg, a suburb of Quebec, to Liette and Laurent Pelletier. He was interested in music from an early age; his father gave him his first guitar when he was seven years old. He plays several instruments. In 1983 in Charlesbourg, he and some friends started English-speaking rock groups called Amanite and Sneak Preview. After that, wanting to perform in French, he started a group called P?ll.

In 1983 in Charlesbourg, he and some friends started English-speaking rock groups called Amanite and Sneak Preview. After that, wanting to perform in French, he started a group called P?ll. At 23 years old, he moved to Montr?al, where he sang in bars. In 1989, he participated in the rock competition Envol, where he was awarded a special mention for the quality of his music. In 1991, he had a role in the musical Vu d'en haut, presented at the Festival of the Montgolfi?res in Saint-Jean-sur-Richelieu. The following year, he joined the musical spectacle Les fous du rockn'roll, which he performed forty times.

In November 1992, he played the role of the teenager in the rock opera La L?gende de Jimmy, by Luc Plamondon and Michel Shepherd.

In October 1992, he released his first, self-titled album. He then played the role of Johnny Rockfort in the rock opera Starmania, also by Luc Plamondon. He performed the role in Paris for more than six months.

In the summer of 1994, he was invited to participate in the FrancoFolies de La Rochelle, where he sang songs written by Luc Plamondon.

In September 1994, Bruno returned to the Mogador Theater in Paris to resume his role in Starmania until the end of the year. He also recorded his second album, D?faire l'Amour.

The year 1997 proved to be one of the best for Bruno with several concerts with symphonic orchestras and many festivals. In the fall of that year, he became more known with his third studio album, Miserere, which surpassed 200,000 sales. He also won the F?lix award for male singer of the year. At the same time, he appeared on the Quebec TV series Omert? II.

Between January and August 1998, Bruno performed more than 100 concerts in Quebec. After that, he went to Paris to play the role of Gringoire in the Luc Plamondon-Richard Cocciante musical Notre-Dame de Paris, which was an international success.

In 1999, he released his fourth album, D'autres rives, simultaneously in Europe and Quebec. During this period, he also performed the role of Gringoire in the English-language production of Notre-Dame de Paris in London.

In August 2002 he released his sixth album, Un Monde ? l'envers.

During this period, he worked with the prestigious Symphonic Orchestra of Montr?al for the series Les Week-ends pop de l'OSM. As the event was a big success, he united with the orchestra a second time in December 2002 to present a Christmas series, recorded as the album Concert de No?l.

Bruno's latest project is the musical Dracula - Entre l'amour et la mort, a modern retelling of the Dracula story, in which he will play the title role starting in February 2006. The cast album has already been released.