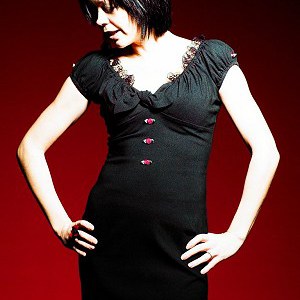 Britt-Synn?ve participated in the Eurovision Song Contest representing Norway in 1989, and since then she has done several music genres. She has done rhythm and blues with international artists as Delbert McClinton and Don Wise, worked with Norwegian artists as Ole Paus, and orchestras as Stavanger Symphony Orchestra and Marinemusikken. She has done a lot of leading parts at Norwegian stageproductions, among them the leading role in "Carmen" on Rogaland Theatre, Eponine in "Les Miserables" and Nancy in "Oliver".

Britt-Synn?ve is a standing liveartist with a fantastic precense. With her powerful voice she is often referred to as "the little woman with the big voice". In 2001 she did an Edith Piafcabaret, and since then she has toured all over Norway with her Norwegian interpretations of Edith Piafs songs. This also resulted in the cd "Mot himmlen i Paris" - Piaf in Norwegian. Britt-Synn?ve has done several appearences on Norwegian television, among them the official tvshow of Norways 100 years anniversary in 2005, and the celebration of Queen Sonjas 70th birthday. In 2007, the listeners of the Norwegian broadcasting radio in Rogaland (NRK), voted Britt-Synn?ves voice as the greatest voice in Rogaland. Her latest cdproject is Argentine tango in Norwegian, and for this project she has gathered some of the greatest tangomusicians in Norway. Release is set for the 8th of march, 2010. MUSICIANS: H?kon Magnar Skogstad - Piano Tor Jaran Apold - Violin Andreas Rokseth - Bandoneon Ole Amund Gjersvik - Bass