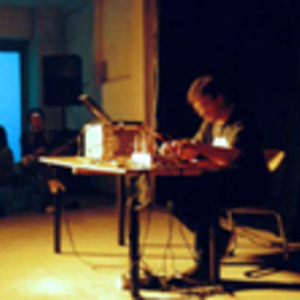 Brian Lavelle is a Scottish sound artist, born in Glasgow in 1972 but now living in Edinburgh. He has been recording since around 1990. His recorded material can be described as resonant, textural layers of digital material, drones and processed field recordings. He has used the electric guitar in many of his recordings, often using it as a drone instrument or percussive accompaniment. From 2000 to 2003, Lavelle curated the net label techNOH, which orchestrated more than 35 releases by electronic composers from all over the world.

Most famously, he has recorded a number of albums with Richard Youngs, the Radios series: a ten album set of releases focussed on a particular set of sound sources, processes and the notion of chiasmus. Lavelle also recorded for a number of years, with fellow Glaswegian Alistair Crosbie, as Inversion. Very little of their material was released but Lavelle has recently started to record again with Crosbie under their own names.