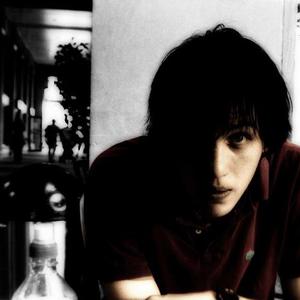 Brett Ryan Stewart is a Nashville singer/songwriter whose lyrics lend a deep look into the artist's life experience of loss, purpose and hope. The Delaware transplant and self-taught guitarist has a distinct indie/pop sound peppered with a southern influence. Performing Songwriter Magazine calls Brett ??a talent worth watching!? Stewart's new record, Tilt, in conjunction with Ariel Publicity & Cyber PR and ThinkPress, is set for release February 28, 2011.

Stewart's new record, Tilt, in conjunction with Ariel Publicity & Cyber PR and ThinkPress, is set for release February 28, 2011. A culmination between Stewart and guitarist/producer Chris Tench, Tilt gives listeners a window to the landscape of Stewart's heart and mind. Together with Nashville based producer Tres Sasser (Will Hoge/ James Dunn), and Roger Moutenot (Guster/Lou Reed/Yo La Tango), the clean elegance and effortless power of Stewart's voice confronts the inevitable and the unknown from Stewart's self-professed ?awakened state of mind?, which he attributes to the recent, sudden loss of two friends. The release of Tilt symbolizes a ??rebirth of sorts?, and, compared to his previous work, Stewart considers Tilt to be ?more of an offering than a group therapy session?.

Brett Ryan Stewart's artistic influence came at age 7 with the untimely passing of his father. Urged by his mother to put his thoughts into written word, Stewart combined the inheritance of his older brother's vinyl collection and the passion of writing to prompt a singular career goal? to one day make records. After working for 6 years as a recording engineer, recording and producing over 30 different artists in the Philadelphia area, Stewart was set to complete his debut record, Necessary Lies.

Recognition for Necessary Lies ? produced and recorded at home by Stewart (2007):

* Received critical acclaim, including being hailed ?A Sterling Debut
from a talent worth watching!?, by Performing Songwriter Magazine

* Two songs, Yet Again and Face to Face topped the charts on Neil
Young's ?Living With War Today? website, holding the #1 & #2 position
for over a month.

* The song Appalachian Heartache was featured by Heineken and Microsoft, and was successfully auctioned at SongVest.