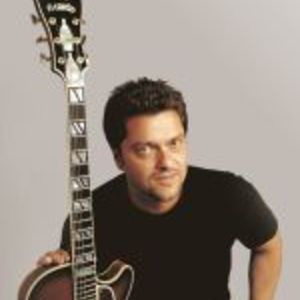 Brent Mason (born July 13, 1959) is an American session guitarist, Grammy Award winner and songwriter. Known primarily for his work in the field of country music, Mason is one of the genre's most in-demand session guitarists. In addition to releasing two instrumental studio albums, he holds several credits as a songwriter. He is a 12 time winner of the Academy of Country Music Guitarist of the Year Award and a two time winner of the CMA Award Musician of the Year.

Brent Mason was born on July 13, 1959, in Van Wert, Ohio. At five years old, he taught himself to play guitar by ear. He moved to Nashville, Tennessee after graduating from high school, in order to pursue a career in country music. Eventually, he was discovered by country guitarist Chet Atkins, who invited him to play on his Stay Tuned album. From there, Mason went on to play on several other artists' albums, including those of George Strait, Alan Jackson, Shania Twain, David Gates, and Neil Diamond. Mason also co-wrote singles for Clinton Gregory ("Play, Ruby, Play") and McBride & the Ride ("Hurry Sundown"). Having worked with most of the biggest names in the music industry in the past 25 years, his extensive credits are too long to mention, and can be viewed by checking his credits at allmusic.com. He is widely reported to be one of the most recorded guitarists in history.

Mason signed to Mercury Records in 1997, releasing an instrumental album entitled Hot Wired that year. This was his only major-label album. He made a decision to break his contract with Mercury records soon after to remain in Nashville and work in the recording studio as an A-List session guitarist rather than spend most of his time on the road touring and away from his familly. He and his brother Randy released a second album, entitled Smokin' Section, in 2006.

Head for the High Ground