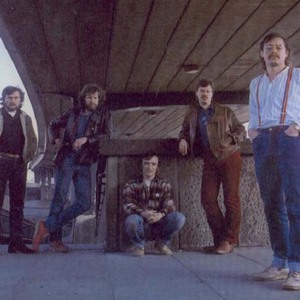 1) Brass Monkey is the name of an English folk band from the 1980s whose members reunited in the late 1990s. They were innovative in their use of a brass section, which was atypical for English folk music. The band originally consisted of Martin Carthy (vocals, guitar, mandolin), John Kirkpatrick (vocals, accordion, concertina), Howard Evans (trumpet), Roger Williams (trombone), and Martin Brinsford (born 17 August 1944, in Gloucester, Gloucestershire) (harmonica, percussion, saxophone).

Carthy was a well-established musician at the band's formation, having been a member of Steeleye Span and The Watersons, as well as having had a successful solo career. Kirkpatrick had also played with Steeleye Span for a time and worked with Carthy in the Albion Country Band. The two formed an occasional trio with Evans after all three appeared on Carthy's albums Because It's There (1979) and Out of the Cut (1982). Brass Monkey was formed with the addition of Williams and Brinsford after initially being billed as The Martin Carthy Band.

In 1984, after recording Brass Monkey's first album, Williams was replaced by Richard Cheetham (born 29 January 1957, in Ashton-under-Lyne, Lancashire). The band recorded two albums: Brass Monkey (1983) and See How it Runs (1986). Both albums consisted primarily of traditional songs and tunes?later reissued on a single CD under the title The Complete Brass Monkey (1993). Unable to reconcile the schedules of its various members, the band reluctantly broke up in 1987.

In 1997 Brass Monkey reunited for a tour, then recorded a third album, Sound and Rumour. It was followed in 2001 by Going and Staying, on which both Williams and Cheetham appeared, and in 2004 by Flame of Fire, on which the band reverted to its original lineup. All five of Brass Monkey's albums were released on Topic Records.

Despite Evans's death in 2006, the band decided to continue to perform. Brass Monkey debuted its four-piece lineup with a short set at a Watersons family show at the Royal Albert Hall on 12 May 2007. Carthy, Evans, and Kirkpatrick were guests on Loudon Wainwright III's album "More Love Songs."