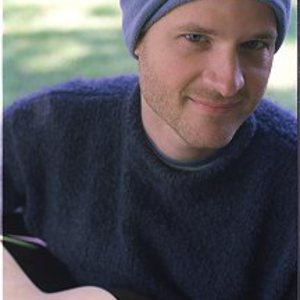 Brad Yoder is a singer-songwriter and guitarist whose eclectic mix of humorous, poetic and thought-provoking tuneful original songs and live performances have won over both audiences and critics. Brad's music has been compared to that of Matthew Sweet, Elliott Smith, and Jason Falkner; his lyrics have been compared to Shel Silverstein's; and his voice to James Taylor. Byron Nash of the Rock n Roll Reporter aptly describes Brad Yoder: ?With his songs, Yoder is able to draw the listener into the music like a magnet to metal, making you feel like you're part of the song.

Byron Nash of the Rock n Roll Reporter aptly describes Brad Yoder: ?With his songs, Yoder is able to draw the listener into the music like a magnet to metal, making you feel like you're part of the song. Lyrically, Yoder displays a quick wit and a sense of humor ? Unlike most folk musicians who strum basic chords without any rhythmic feel, Yoder attacks his instrument with amazing technique, precision, and dynamics. His songs are clearly honest reflections of life experiences that he has crafted into intelligent, pleasant new-age folk.?

Logging hundreds of performances in venues ranging from colleges, clubs and caf?s to church basements and the zoo, Brad has earned the title of "ruling the Pittsburgh coffeehouse scene" (Pittsburgh Magazine). Readers of Pittsburgh City Paper in have voted Brad "Best Acoustic/Solo Artist" in four of the last five years, most recently in 2007. As a solo performer, Brad has showcased at Toronto's North by Northeast Music Conference, the Pittsburgh Folk Festival and the Philadelphia Fringe Festival. Brad has opened for artists as diverse as Robyn Hitchcock, Todd Snider, the Nields, Ellis Paul, Lucy Kaplansky, Carrie Newcomer, the Vigilantes of Love and Emmylou Harris. His song "Used" was featured on the CBS show "NUMB3RS" and NPR's radio show, "Car Talk." ?Till the Colors? was a featured in the Pittsburgh History Center's 9-11 exhibit. "2nd Thoughts" can be heard on the DVD of the 5th season of Dawson's Creek (episode #503!).

With a loyal fan base that ranges in age from 5 to almost 80 and sings along with new unrecorded songs at live shows, Brad has sold over 6,500 copies of four self-released CDs. "Someday or Never," released in 2007, is a collection of 14 tuneful, witty pop/folk songs co-produced by Peter Beckerman and Brad. Ed Masley of the Pittsburgh Post Gazette writes of the recording ??an album stacked with brilliant moments, many of which find him tackling major existential issues with insight and humor?.. What he's made of it here is an album that challenges people of faith to think about what Jesus would have done before his teachings were dumbed down and twisted by people with something to gain.?

Brad has played sax since 6th grade, guitar since 8th, and has always sung. He began songwriting in high school and college, graduating with a music degree from Goshen College. Influenced by songwriters like Bob Mould, Ani DiFranco, Paul Westerberg and Victoria Williams, Brad continued to write and took to the stage. Robert Wagner of Calliope News, the newsletter of the Pittsburgh Folk Music Society, says of Brad's recordings, ?It is no surprise that Brad, the son of a Mennonite pastor, writes songs informed by spiritual concerns, but instead of dwelling on the alleged sins of the world, he chooses to write about the wonders of life, love and friendship. His voice is warm and strong, occasionally soaring but never totally lost in rapture and abandon. His guitar-work is intricate, dynamic, alternately gentle and aggressively percussive.... Most impressive, though, is that Brad Yoder is a singer-songwriter with a voice of his own and the courage and determination to be heard.?