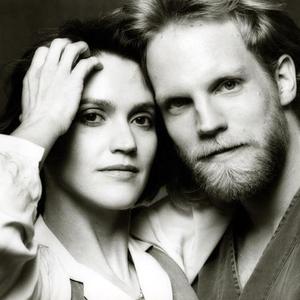 Boy Meets Girl is a duo consisting of keyboardist and vocalist George Merrill and singer Shannon Rubicam. They are known for their hit song "Waiting For A Star To Fall" from 1988. They also wrote a number of songs for other artists. Most famous are their two number one hits written for Whitney Houston, "I Wanna Dance With Somebody (Who Loves Me)" and "How Will I Know". They also wrote the songs "Don't Tell Me We Have Nothing" and "Haunting Me" for Deniece Williams and the song "I Know You By Heart", performed by Bette Midler on the Beaches soundtrack.

The duo also performed backing vocals on Deniece Williams' number one hit, "Let's Hear It For The Boy".
In the early 2000s, George Merrill and Shannon Rubicam divorced, but they continued their musical collaboration. In 2003 the duo released their fourth album, The Wonderground, on their own label, and arranged for RCA Records to re-release their two RCA albums.