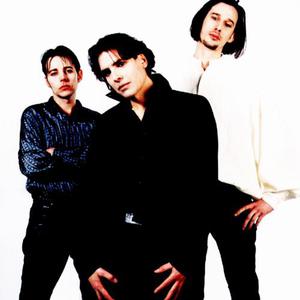 1997; Born for Bliss, existing since 1994, awakes with the overwhelming "Flowing with the Flue". The roots of this fact are placed over a decade ago. In those times the dutch Born for Bliss-members Frank Weyzig and Willem van Antwerpen created thrilling sounds together with the still cultic (Clan of) Xymox. During the early, exiting period of this electronic-wave legend (mid till end of the 80s), Frank and Wim have been involved in this band. From this period result the first two Xymox albums which are still classic highlights.

Since 1995 the third member of Born for Bliss is Remco Helbers. He found his way to Born for Bliss via the Dreamside and Love Like Blood on stage. With his very own style of playing the Chapman Stick, Remco adds a special dimension to the Born for Bliss-sound. Together, this trio guarantees an ultimate seductive soundoutput which was proved impressively by their prereleased cd-single "Arabia" (for 'Nuclear Blast - Deathwish Office') in 1996. In the same year this single became an addicting clubhit and made it's way high into the German alternative charts. Those of you who have seen the band that year on their German tour know that Born for Bliss stands for an impressive live-show!

We're back in 1997. Now 'Flowing with the Flue' marks Born For Bliss' long desired longplay-debut. "With Impressive elegance the band produced a couple of fascenating pearls. The prickling melodic changes between melancholy and dynamic along with 80s charme and 90s-scenery will not only electrify all wave fans!". "The sounding potpourri impresses with original songwriting, interesting arrangements and charismatic vocals. Already in the first week after its release, 'Flowing with the Flue' entered high into the german alternative album-charts!"

In 1999, They finished the final recordings for their latest album "Between Living and Dreaming", mixed at the famous Impulse Tonstudio in Hamburg by J.P. Genkel, known for his work with 'Lacrimosa' and 'Cradle of Filth'. Soon after the final recordings of "Between Living and dreaming", the band disintegrated due problems with their former management and record label....

More then 10 years later a surprise follows when German label Echozone decides to release the second Born For Bliss album ?Between Living and Dreaming'... And after a successful album release (April 30 - 2010) and many good reviews, the official rebirth of Born For Bliss is finally announced? Frank Weyzig, together with his long time companions; Remco Helbers and Willem van Antwerpen, is now working in his studio on new tracks for a follow up Born For Bliss album?

But first you can enjoy a re-release of the first Born For Bliss album, 'Flowing with the Flue'. This will be remastered version of the 1997 album plus extra, never before, released remixes and the single version of ?She' (from the Arabia EP) and will be available in the fall of 2011 on Echozone as well?

Falling Back To Never

Flowing With The Flue