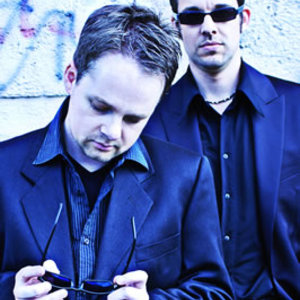 2003
In February, Oliver Faig and Sebastian von Wyschetzki separate from the band to start a new project, frontman Alexander Braun continues !distain together with Manfred Thomaser as duo. Going back to the musical roots of the band, they develope their unique distain!-style and suprise with a bunch of new modern-retro synth-recordings. In September, their single "America" is released.

2004
In February, !distain are back live on stage; the second single is released, "Sex'n'cross". It becomes a No.1 hit in the Sideline charts; the release of the new album "25 frames a second" follows in March.

2005
!distain play live in Moscow. The band works on the release of the remix-album and on new songs.