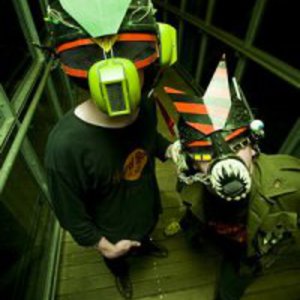 As for why they wear these masks, Elvis says: "This way we spare people red and sweaty faces; there are already so many sweaty bands, so no need for another. Plus, they look pretty cool.?
They have released three studio albums to date: What You Didn't Know When You Hired Me (2006), Cheap Italian Wine (2009) and Bondage Fairies (2012).

What You Didnt Know When You Hired Me