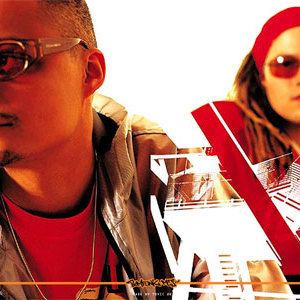 Bomfunk MC'S were a Finnish breakbeat and hip-hop supergroup formed in 1997 by Ismo "Gismo" Lappalainen and Raymond "B.O.Dubb" Ebanks, whose hit Freestyler became 1999's best-selling single in Europe. The band were together until around 2005 when they faded from the public eye and ceased to release any work. The current situation of the band is not known for sure, and no certain answer as to whether they are still together or will make music in the future is clear. The band's primary songwriters were it's producer Jaakko "JS16" Salovaara and MC Raymond "B.O.Dubb" Ebanks.

At the time of their disappearance the band consisted of:

Ville ''Mr. Wily'' M?kinen - Bassist, singer, keyboardist.
Has been a bassist in many small Finnish bands, and has released many mixes on his own, mostly under the name of Will Power. Together with Riku and Okke he forms the DJ trio Skillstersplusone.

Okke Komulainen - Keyboardist.
Famous both on his own, but more so for being part of the Skillsters and Skillstersplusone.

Ari ''A.T.'' Toikka - Drummer.
Has been playing the drums for 20 years, and has played in several smaller bands as well as being a jump-in.

Ismo ''Gismo'' Lappalainen - Once a famous DJ in Tampere, Finland, DJ Gismo's life took a turn when Raymond Ebanks asked to rap on his records. Together they founded the Bomfunk MCs. In 2001 Gismo left the group to pursue his dreams, while remaining friends with the rest of the group, and joining Stonedeep.

Something Going On (CDS)

No Way In Hell (The Best)

No Way In Hell (CDM)