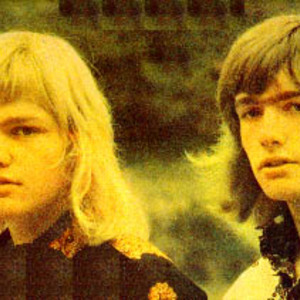 Rob Bolland b. 17/4-1956, Port Elizabeth, South Africa and brother Ferdi Bolland b. 5/8-1956. Their older brother Ton teaches them how to play the guitar. They also learn to play banjo, bass, piano and drums. Their talent does not go unnoticed and they are offered a recording contract, which they have to decline due to a Dutch law against child labour. In 1981 Bolland & Bolland establish their name internationally with the release of the album The Domino Theory. The album contains the single In The Army Now, which becomes a small hit.

Together with Austrian singer Falco the Bolland brothers write and produce the single Rock Me Amadeus. Although it fails to enter the Dutch charts it does become a number one hit in both the UK and the US. The duo receives the Exportprijs ('Export Award').