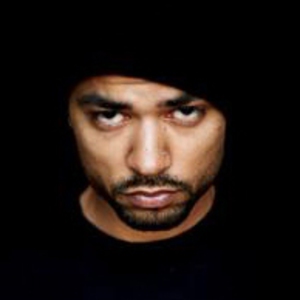 Bohemia is a Punjabi rapper and a music producer from California. Bohemia quickly gained popularity in 2003 with his independent debut album, ?Vich Pardesan De (In The Foreign Land)' which hit the Top 10 on BBC Radio 1 UK. The following album, ?Pesa Nasha Pyar', became the first full-length Punjabi-rap album released by a major label in the history. It brought Bohemia increased popularity, including his recent multi-record deal with music mogul Universal Music Group Pvt. Ltd. India.

It also brought his creation of Punjabi rap to mainstream recognition making Bohemia known as pioneer of a new genre of music: Desi-Hip-Hop or Desi-rap. In 2006 ?Pesa Nasha Pyar' hits #2 on Maxim magazine's Top 10 downloads, and #3 on Planet M chart. Bohemia appears in XXL magazine New York. He enters Bollywood in 2009 with the title track for Warner Bros. feature film ?Chandni Chowk to China' released by T-Series, the #1 music company of India, in which he also appeared in the film with Akshay Kumar and Deepika Padukone. In 2010 ?Da Rap Star', his third album receives 4 nominations at the UK Asian music awards and PTC Punjabi music awards, including ?Best Punjabi Album' and ?Best Music Director'. ?Da Rap Star' also remains #1 on Planet M chart India for several weeks. Bohemia then went on touring for the rest of 2009 performing all over Europe, Asia and America. He has appeared on many of Universal India's mega-compilations including "The Chart busters" where he appears on three tracks. Universal called this compilation The biggest hits in Punjabi on one massive album![1] Bohemia is one of the best-selling artists of the year, making him the flagship artist of Universal Music Group India.
Bohemia was ranked 25th on Desiclub.com's list of the 50 Coolist Desis. ?Ek Tera Pyar?, his second single from ?Da Rap Star' entered the B4U Top 10 chart, becoming the first none film track to do so. Bohemia was amongst the top 100 most searched Asian artists on yahoo.com. He has been featured on over 30 major label compilations and collaborations to date.
Bohemia is #3 on the Top 15 Desi Atists of the Decade. "This list is like no other" says Urban Desi radio. The list features artists that came onto the urban Desi scene and changed it forever.

Biography:
Bohemia was born in the city of Karachi, Pakistan. He started learning music at a very young age from his father. He started writing Punjabi poetry around then as well. After migrating to San Francisco Bay Area California, USA at about 12 years of age, Bohemia was introduced to America that was much the opposite of palm trees and green grass. The town was infested with drugs and violence. About a year later being in the states, he lost his mother to cancer. At that time, Bohemia left home and survived as a local musician. He started working as a keyboard player/music arranger while living at local studios with other musicians. After a few years of success, the local group of musicians fell apart and Bohemia left to pursue music on his own. Bohemia soon started putting his poetry to the music he composed and gave birth to a new genre of music. He is now the most successful Punjabi rappers of all time. His music has changed the Indian music scene forever and has spread all over the world. A number of up and coming artists consider Bohemia as there biggest inspiration as they embrace the genre of Desi Hip Hop. Bohemia has mentioned numerous times in his interview that he does not belong to any cultures, or represent any religions. He considers himself to be someone who came from the streets, struggled with the world, and made it where most people die before reaching that success
The term ?Bohemia? suggests flouting traditional mores. And rap is all about personal angst or feelings. So what is Bohemia the man all about? ?Well, I lost my mom when I was just 14 or 15, and I was quite a momma's boy. That made me mad and I was kind of pushed into negative things. I have to thank God for music, for that's what finally made me wake up and gave a reason to live. Dad played the harmonium and I learnt the keyboard.?
He goes on, ?When we moved to the U.S., and after losing my mom, I left home. I was virtually living in recording studios and sleeping in cars. And of mine who was also a musician was murdered :( and replaced by another musician just as easily as if he was a broken instrument, I was mad again. I told the studio engineer that I was through with being a keyboard player who could go into anonymity if he died tomorrow. I wanted to leave my own music behind?.
Bohemia's first album was Vich Pardesan De 2003, which was about coming to a foreign land. Hip Hop was then limited to the underground. But with this album, he pioneered Punjabi rap. Then came Pesa Nasha Pyar (Money, Intoxication, Love) 2006, the first-ever full-length Desi rap album to be released worldwide on a major music label (Universal Music Group).
Da Rap Star, his new album he says, ?is all me, without any samples used other than my tribute track to Malkit Singh. I am showing off how good a producer I am! I have played all the instrutments keyboards, drums and did all the sequencing. There are tracks that describe my journey. To sum up, it's me saying, ?I'm me! Look, I'm still here!'?
Through his experiences, come raw raps depicting not just California street life, but a life many south Asians lead in America. Bohemia looks up to artists such as Jagjit Singh and the late Nusrat Fateh Ali Khan and rapper's like Nas and KRS-One.
After having burnt up music charts with his Bollywood songs, Bohemia's highly awaited album Da Rap Star has finally released. Da Rap Star, written and produced entirely by Bohemia hit #1 on the Planet M chart India and is nominated as the Best Punjabi Album at the UK Asian music awards.

India Tour 2011
A game-changing musician and an impervious artist, Bohemia started his career as a near-novelty, a Desi teenager from California, delivering, hardcore rap music, a style of music which was unheard of at the time. But within a few years he has pretty much reinventing the Indian pop music scene and influenced not only youth to start rhyming Hindi/Punjabi lyrics to hip-hop beats, but the Bollywood superstars as well. According to press releases and twitter updates, Bohemia is currently visiting India for a month and a half long tour. The tour started March 11th. in Delhi with Bohemia headlining at Amity International University and will take Bohemia through Delhi with events planned in Mumbai and Punjab as well. The tour is being handled by YS Events, Bohemia's official management for the past two years in the South East Asian countries.

8 x 10 Tasveer
Akshay teams up with Bohemia for a song in 8 x 10 Tasveer of Percept Picture Company, says, "...Bohemia is a very popular rap artist and we are very happy that he has given his music for our film. The Name Of the Song is "I got the picture"8 x 10 Tasveer, starring Julian S. Low, Akshay Kumar, Ayesha Takia, Sharmila Tagore, Javed Jaffrey, and Anant Mahadevan is directed by Nagesh Kukunoor. The music for the film 8 x 10 Tasveer is launched by T-Series.