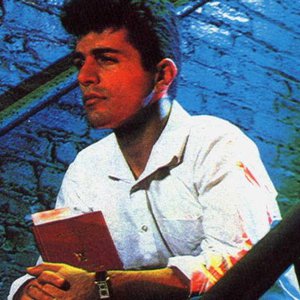 Bobby O, (aka Bobby Orlando), is an American record producer, dance music artist, musician, and songwriter. The son of a suburban New York schoolteacher, Orlando declined a classical music scholarship to pursue his then current musical interest, glam rock. In the late 1970s, his professional interests turned to disco and shortly thereafter, he established his own record label, "O" Records. During the 1980s he produced...

The son of a suburban New York schoolteacher, Orlando declined a classical music scholarship to pursue his then current musical interest, glam rock. In the late 1970s, his professional interests turned to disco and shortly thereafter, he established his own record label, "O" Records.

During the 1980s he produced, composed and performed on hundreds of music productions that he released under a myriad of record labels, including: "O" Records, Bobcat Records, Memo Records, Telefon Records, MenoVision Records, Beach Records, Plastic Records, Eurobeat Records, Obscure Records, Beat Box Records, Riovista Records, Intelligent Records, Basic Records, Knowledge Records and others. In the late '80s, at the peak of his success, the one-man-band halted his extensive production output.
Orlando is credited as one of the founding fathers of Hi-NRG pop-dance music. His productions are easily identifiable by their dense synthesizers, rolling bass lines, and resounding percussion. Orlando tracks showcase him playing multiple instruments including keyboards, guitars, drums, percussion and saxophone. The ringing cowbell percussion lines and robotic sequencers heard in "She Has A Way", "The Best Part Of Breakin' Up", and "Native Love (Step By Step)" define the electrifying sound he pioneered.

As a solo artist, Orlando scored hits with tracks "She Has a Way," "How To Pick Up Girls," and "I'm So Hot for You." He created his project concept, The Flirts, to further front his performances. With its ever revolving roster of female session singers and models, Orlando churned out international hits "Passion," "Danger," and "Helpless," which featured Orlando as the sole musician. His legendary association with underground film star Divine resulted in classic club anthems "Native Love (Step By Step)" (featuring Orlando's voice in the chorus), "Love Reaction," and "Shoot Your Shot." He also is famed for founding The Fast, later to be known as Man 2 Man.

When Neil Tennant, then an assistant editor at Smash Hits, and later a member of Pet Shop Boys, was sent to interview The Police in 1983 in New York, he sought out Orlando. Both Tennant and fellow Pet Shop Boy Chris Lowe were impressed by Orlando's sound and productions - "Passion," by The Flirts, being a particular favorite. Orlando decided to produce Pet Shop Boys and released their earliest productions including the original 'West End Girls' and "One More Chance."

Orlando's songs frequently deal with philosophical themes such as "Try It (I'm in love with a married man)," which was given a contemporary twist when it was re-recorded by Pet Shop Boys in 2003. Many of Orlando's lyrics describe unrequited love, private despair, personal angst and a truth-seeking perspective. Orlando frequently etched philosophical maxims into vinyl records featuring his songs; these adages being literally cut into the grooves near the "lead out" and "lock grooves" of the vinyl. Many of these are rare and are now collector items often selling for hundreds of dollars.

Orlando's musical influence on many present day artists is vast and the sound he created routinely surfaces on Euro, Techno, Italo-disco, Electro, and Hi-NRG releases throughout the world. He has a large international following and is often cited by music historians for his immeasurable contribution to dance music.

How To Pick Up Girls - The Best Of

Whisper To A Scream (CDS)

Freedom In An Unfree World (Remastered 2017)