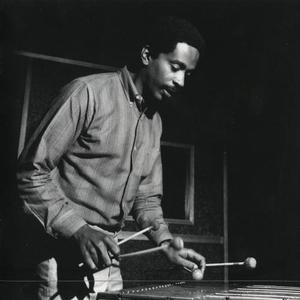 Bobby Hutcherson (born January 27, 1941 in Los Angeles) is a jazz vibraphone and marimba player. His vibraphone playing is suggestive of the style of Milt Jackson in its free-flowing melodicism, but his sense of harmony and group interaction is thoroughly modern. Hutcherson has influenced younger vibraphonists like Steve Nelson, Joe Locke and Stefon Harris. Attracted foremost to more experimental free jazz and post-bop...

Attracted foremost to more experimental free jazz and post-bop, Hutcherson made early recordings in this style for the Blue Note label with Jackie McLean, Eric Dolphy, Andrew Hill, Grachan Moncur III, Joe Chambers, and Freddie Hubbard, both as a leader and a sideman. In spite of the numerous avant-garde recordings made during this period however, Hutcherson's first session for Blue Note, The Kicker (1963) (not released until 1999), demonstrates his background in hard bop and the blues, as well as the early session Idle Moments for Grant Green, for example. Many of his later recordings return to this hard bop and less adventurous, soulful sound.

The 1966 Blue Note session, Stick-Up!, featuring saxophonist Joe Henderson is notable, being the first recorded session Hutcherson made with McCoy Tyner on piano, a lasting association that continues today.
"Little B's Poem" (from his album Components) is one of his best-known compositions.
His 2007 quartet included Renee Rosnes on piano, Dwayne Burno on bass and Al Foster on drums.