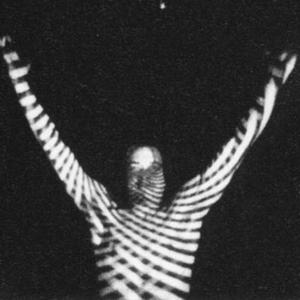 Bobby BeauSoleil was born and raised in Santa Barbara California. He taught himself to play guitar at an early age and during the tumultuous 60's, he travelled and played music from L.A. to San Francisco. He was an associate of the Charles Manson "family" and killed another young musician in 1969. He has spent the past 41 years in prison. Bobby decided early in his incarceration to turn his time in prison toward positive endeavors.

Bobby decided early in his incarceration to turn his time in prison toward positive endeavors. He became a facilitator for the Los Hermanos Youth Intervention Program, as well as the director for the Los Hermanos video project and has since completed a 9 session series of videos that is being shown to "at risk" youth in public schools. He also directed a 16-segment video series, each from 20 to 30 minutes long, called "A Framework for Breaking Barriers." This series, presented by Gordon Graham and Company, and produced entirely by prisoners, is a cognitive skills development program designated to provide prisoners with tools that can help them break free of the cycle of recidivism.

For all of the 32 years that he has been in prison, Bobby has continued to explore new ways of expressing himself through music, as well as in the visual arts. In the mid 70s, he composed and recorded a soundtrack for Kenneth Anger's film "Lucifer Rising". Bobby taught himself electronics and began incorporating electronic instruments into his music, including instruments of his own design. Subsequently, he became a sound designer for the new breed of electronic instruments and began marketing the sounds that he developed to musical instrument manufacturers, including Kawai, Casio, Ensoniq and Kurzweil. Bobby's interest and expertise in the field of electronic music has grown and flourished, most of the time against tremendous odds and many seemingly overwhelming obstacles. But he is a man of passion. And in the restricted, confined atmosphere of a prison, his passion for music has continued to unfold, as has his belief in music's ability to empower, teach, and unify across obstacles and barriers.

Dreamways of the Mystic - Volume 1

Dreamways of the Mystic - Volume 2

Running With the White Wolf