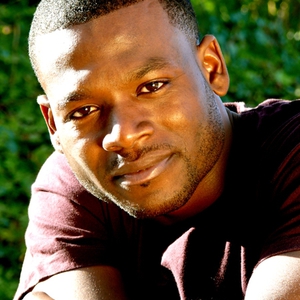 Artist Name: Bob David Birth Name: Bob David Birth Place and Date: Grenada W.I. April 27 Official Bio Born in 1974 on the island of Grenada, Bob David started revealing his musical abilities at the age of seven. He began by playing the drums in a local church. In 1984 Bob, at age ten along with his mother and 4 siblings moved to Brooklyn, New York to live with his father for seven years. He became involved with street gangs, violence, and drugs. During that time he also increased his passion for music, learning the sounds of jazz, hip-hop, and his native reggae.


Official Bio
Born in 1974 on the island of Grenada, Bob David started revealing his musical abilities at the age of seven. He began by playing the drums in a local church. In 1984 Bob, at age ten along with his mother and 4 siblings moved to Brooklyn, New York to live with his father for seven years. He became involved with street gangs, violence, and drugs. During that time he also increased his passion for music, learning the sounds of jazz, hip-hop, and his native reggae.

In 1991 his family relocated to Las Vegas, Nevada where he and his brother Dan linked up with three new friends to form the group "Flexstyle," Las Vegas' first dancehall reggae group. Over the years Flexstyle grew in popularity from hosting Reggae sound system parties, stage shows to live radio broadcasts. Flexstyle hosted their own Sunday radio program to a live Las Vegas audience every Sunday for over 18 months. The show was called "Reggae on The Radio." At the peak of their career, Flexstyle graced the stage with artists such as Jimmy Cliff, Slick Rick, Beenie Man, Yellow Man, Mad Lion and many more. Flexstyle was said to be the next big thing according to XL magazine. However, In 1998 Bob's life was changed forever.

After a routine trip back to New York, Bob was undergoing the beginning stages of a life transformation. While most of his partners in Brooklyn were still caught-up in a life of crime, in jail or dead, Bob was going through his own emotional roller coaster with his longtime girlfriend. In his instability, no man including himself would fix his situation. Bob finally called upon Jesus to intervene in his life. "I gave up my pride and ego so that I could have my calamity resolved, but it was a set-up by god for me to receive salvation," says Bob.

After returning to Las Vegas, Bob broke away from the group to follow Jesus Christ. Although it was hard for him to give up what he had worked so hard to attain, the Lord blessed him with more than he had imagined. Nothing in his past could compare to what the Lord had started anew in Bob???s life.

In 1999, Bob married his longtime girlfriend Suwakon and they now have two children Victory (boy) and Kaya (girl). His first album ???Pure Righteousness??? was released in 2001 by PRMusic recording label, a company owned by Bob and his brother Dan David.

Bob David is currently working on his second studio release on his own label WOPO Sounds. You can expect this project to be full of versatility with the influence of Hip Hop, Christian Contemporary and Reggae. This is Bob David's story. The sojourn continues???

Bob David: I was born in Grenada W.I. and lived there for 10 years. I'm the youngest of 5 children. My dad is a good man; he left Grenada when I was very young in order to secure a future for my family and, he moved to New York when I was 3 years old. My mom and I with my four siblings left Grenada following the 1983 upheaval of the country to relocate to Brooklyn New York with my dad. I am forever grateful to America, Jamaica, Barbados and all the others countries that supported Grenada during the unrest of October 1983. My mom holds it together for the family; she is the ultimate prayer warrior. It's because of my mom's constant reminder to seek God first and all of His righteousness and everything will follow after??? that I was able to answer the call of God. My brothers and sisters are great, when we get together it's a riot. We currently reside in Las Vegas with our own individual families (my wife Suwakon and two children Kaya 7 and Victory 6) except for one of my sisters who lives in Antigua with her husband and child.

Bob David: When I was moving out of my parents home after being married, my dad said to me that he didn???t have much to give, but that which he has given should not be taken lightly or spoiled. That one thing is my name, Bob DAVID.

GR. What is the wickedest riddim that you never rode upon?

Bob David: I get great song ideas from my pastors Sunday morning church services and through interesting conversations and events in my life. The most amazing of them all happened one morning about 2:00 am when God woke me up and told me to get my pad and pen, go into my closet (that???s where I talk to God) and as I started praising Him He said to stop praising and just write down the words that He gave me. Needless to say that song ???Moving into Action??? is the best I???ve written. By the way, that song will be on my next release.

GR: What???s the most embarrassing job that you have ever had?

Bob David: It was very short lived, because I quit about 1hour into my duties as a Garbage Recycler. I had to sift through rubbish to find the recyclable materials to salvage???yummy.

GR: Name something personal that gives you great satisfaction.

Bob David: Many, receiving salvation and being filled with the Holy Spirit, my wedding day and the birth of my kids. Musically it???s a toss up between my CD release concert for ???Pure righteousness??? in 2001 in Las Vegas, and being called to minister in St. Thomas in 2002.

Bob David: I would first ask these questions, would you do it for no money at all? Is this what God has called you to do?

Bob David: My primary goal for the music is that all who listen to my songs would be convicted by the words that are sung and as a result have a closer relationship with Jesus. More specifically, this music is for my Rasta brothers and sisters to be won to Christ Jesus.

Bob David: Bob David is born for a purpose and has been, and is still being groomed for the mission of delivering great life changing music. Over ten years ago before Christ came into my life, I was in a reggae dancehall group. We were doing well and on the verge of being the next big thing, but that was not God???s plan for me. It was all a training ground for me to understand reggae music and it???s culture, the social aspects and ways of life. Now, instead of saying Jah Rastafari with no true meaning or passion, I now know Christ Jesus is the only way to the Father God (Jah). Jesus is everything to me.

Ministry
Spreading the gospel of Jesus Christ through music and lyrics, with power and love. Bob David