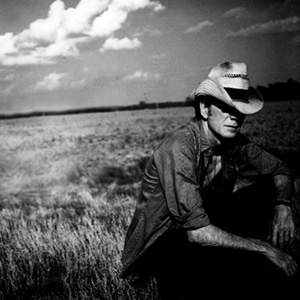 Born and raised in the blue-collar Mississippi River town of Burlington, Iowa in 1951, Robert Franklin 'Bo' Ramsey not only played a vital role in shaping Eastern Iowa's distinctive blues-rock hybrid, but has continued in his still-vibrant career as a performer, much-in-demand producer, recording session guitarist and "hired gun" in touring bands of high-profile national acts. Ramsey broke out in the early-'70s with the seminal Mother Blues Band, a honking powerhouse which also featured Iowa blues legends Joe Price and Patrick Hazell.

Ramsey broke out in the early-'70s with the seminal Mother Blues Band, a honking powerhouse which also featured Iowa blues legends Joe Price and Patrick Hazell. In the latter part of the decade, the guitarist broke off to form Bo Ramsey & The Sliders.

Merging the sounds of his beloved Chess Records blues masters with Rolling Stones muscle and swampy, river basin funk, Ramsey & The Sliders enjoyed a strong following on the Midwest circuit for nearly a dozen years.

The Lucinda connection began in the early '90s, when Williams heard Ramsey's 1991 masterpiece, Down To Bastrop, in (of all places) a New Zealand record shop while on tour. She subsequently contacted Bo, and the two became fast friends. Ramsey played on her Grammy-winning Car Wheels On A Gravel Road (Mercury), and joined her band for part of that disc's tour.

Bo produced and played on the basic tracks for Lucinda's follow-up, the Grammy-nominated Essence ? again joining her band on tour in support of that record.

How Many Miles (EP)

Bo Ramsey And The Backsliders