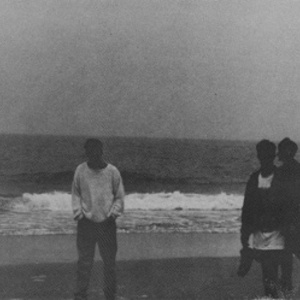 Assembled in the year 1993 by guitarist/vocalist Ron Kuba, the band briefly operated under the name Grace Mansion. This atmospheric quartet, some have said a stateside Slowdive, was rounded out by brother Mike Kuba - drums/keyboards, David Carpenter - keyboards/drums, and original bassist Kip. Both the name Grace Mansion and bassist Kip left after brief tenures, and before too long, Jay Bouchard answered a ?bass player wanted' advertisement for the more imaginatively titled Blueshift Signal.

This lineup released Seven Natural Scenes (ethereal), the autumn of 1994, and minus Mike Kuba, placed the track ?Halo' on the DC based Bedazzled label compilation ?Woke Up Smiling', released the summer of 1995.

Personnel dwindled further with the departure of David Carpenter, the hazy afterglow of which left Ron and Jay to carry on with the name, and moreover the music that might next appear. Blueshift Signal, as a duo, finished the recording sessions for the as yet to be released ep Surround.

Letter correspondence at year's end between Ron and percussionist John Orsi, at first in regard to performing in concert the ?Surround' material, resulted in much more once rehearsals commenced on 3 March 1996.
The reinvented Blueshift Signal, now a tremulous and tumultuous trio, began writing what would become the waterside ep (ethereal) released in November of that year