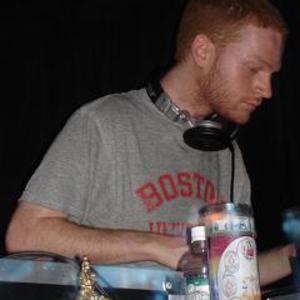 Tough electro edged breakbeat from Bristol UK. In the all too often bland world of breaks 30Hz has a unique sound and style that sets him apart from the crowd. Taking influences from techy drum & bass, electro and the hip hop of his native America, 30Hz has built up his label Vertical Sound into one of the leading breakbeat imprints, releasing artists such as Circuit Breaker, Baobinga & Id, Smithmonger and of course his own productions.

He has also released on some of the biggest labels in breakbeat and electro such as Supercharged, Satamile and Cyberfunk and has several singles forthcoming on Lot49 later this year. His music has been featured in everything from Xbox games to prime time UK television to BBC radio 1 airplay and will feature in the Universal film 'Children of Men' which is released in September.

In gigs around the world, 30Hz has shocked crowds with his trademark fast mixing style, assaulting the audience with energetic and bass heavy performances. As with his productions, his DJ sets showcase a wide range of styles that reflect his open minded tastes regardless of genres. This summer has seen 30Hz touring Australia, New Zealand, Europe and Israel and will be rounding it all off with a tour of America.

Over the past year 30Hz has been collaborating with Manchester based artist Baobinga to form The Body Snatchers mixing ghetto tech attitude with breakbeat energy and electro house production. Forthcoming The Body Snatchers releases will include a remix 12 of Ferry Corsten featuring Guru of Gangstar fame for Positiva. Other upcoming collaborations include a 12' with Vlad Sokolov, and one with Lot49 owner Meat Katie.