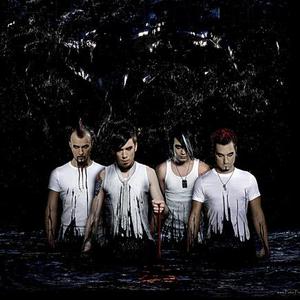 Blowsight have been together since the late summer of 2003 and have been moving forward ever since they played their very first show in Stockholm, Sweden. They continued to work the underground scene and played as much as they possibly could over the next couple of years. With over 70 shows under their belt not only in Scandinavia but also in USA and more the band has shown what they can dish out.

With over 70 shows under their belt not only in Scandinavia but also in USA and more the band has shown what they can dish out. Although the band's first single might show a bit of the lighter side of Blowsight, don't be fooled. You can count on some hard driving guitars, raw but yet beautiful melodic vocals and plenty of drum abuse to come shortly after.

"We've been doing what we love most for the last 4 years while mailing demos to every record label we could find. Who would have thought we would end up getting signed for a single ("I'll Be Around") by Sony/BMG because of an internet website", vocalist/guitarist Niklas adds.

One day the band decided to upload some songs on a website called allears.se and all of a sudden they have over 25,000 plays in just two months and all 4 of their demo songs are sittin' on the top of the most sold charts.

Their debut album "Destination Terrorville" was released by the band themselves in June 2007, and has been recieved with great reviews. In summer of 2007, the band played the material at large festivals such as the Sweden Rock Festival, Rockoff and the Skellefte? Festival. In 2009, 'Destination Terrorville' is being released through Fastball Music/Sony on August 21, refueled with the bonus track 'Teenage Rockstar'

Blowsight's eagerness to experiment and evolve is lighting up their musical diversity. While the band's music has always been deeply personal, the songs can be felt emotionally by everyone who listens.

"The melodies are as strong as the variation...a hard rock buffet for anyone who is willing to broaden his/her horizon. And it tastes wonderful" - Close Up (8 out of 10)

I'll Be Around (CDS)