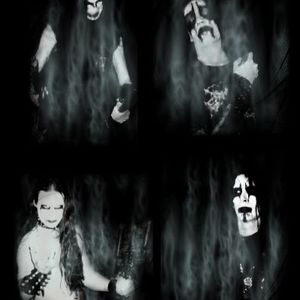 Blood Stained Dusk is a symphonic black metal band hailing from Huntsville, Alabama. The Blood Stained Dusk sound is like no other USBM. It captures unique, majestic and somber moods with brimstone and fire ritual lyrics. The atmosphere is raw and menacing at times while epic and warlike at others. The music was originally fired by inspiration from Norwegian and other European Black Metal but by all means stands alone and is powerfully reconciled as its own entity in USBM.

The band debut in 1998 with the 'Blood Stain Dusk' demo, and followed it up two years later with the EP 'Thy Legions Reign Over Christendom.' In 2001 Necropolis Records released the bands crushing debut album 'Dirge of Death's Silence.' Three years went by and Black Flame Records released the bands sophomore effort ' Continuance of Evil.' On the night of January 24th 2005 Dageth (guitar/vocals) was tragically taken from the band in a horrific traffic accident that ended his life at the age of 24. In 2008 the band released their third and most sinister recording to date through Moribund Records. The album was dedicated to Dageth and titled 'Black Faith Inquisition.'

Thy Legions Reign Over Christendom (Ep)