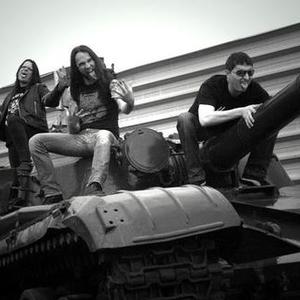 [1] Blizzard is an Italian Eurodance group of X-energy records. Rumors say it was built around the vocalist Lora Trish. 3 singles were released and all of them were amazing great italo-eurodance. The first single to be released was the very succesful It's Only Love in 1995. Then came Without You (with vocals of Sharon Linn) in 1996, followed by Living In The Night in 1997. All of theses hits entered the Top 20 in Spain and Italy.

[2]
Blizzard Entertainment is an American PC game developer and publisher. Since its release of Warcraft in 1994, it has been one of the most successful game development studios in the world. Its headquarters are based in Irvine, California. Blizzard has a reputation for producing classic games that are played for years to come. Every one of their games since Warcraft has been a best-seller. StarCraft soundtrack was made by Glen Stafford, Jason Hayes and Tracy W. Bush. The Diablo II soundtrack was composed by Matt Uelmen.

[3]
Blizzard is a hungarian black metal band, that was formed in 1996.
The band's discography:

[4]
Blizzard is also a german thrash metal band, known for their full-length "Pure Filth and Mayhem" from 2001. They split up in the meantime, but reunited in August 2008

[5]
Blizzard is a Croatian Trance music producer who started with Trance music in 2002 but has released nothing until late 2009. His music style mostly draws toward Melodic Trance and Hard Trance, but some songs diverge from those genres.
Discography:

[9] Blizzad, a Grime rapper from Manchster, England. Released Sooner Than Never EP in 2012

The Roaring Tanks Of Armageddon (Reissue)

It's Only Love (CDS)