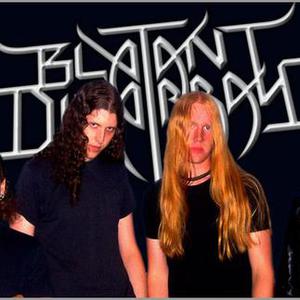 Blatant Disarray is a heavy metal band hailing from Raleigh North Carolina. The music is heavily based off of the classic Bay-Area Thrash Metal Scene of the early 1980's with influences of neo-classical and European metal. The band formed in late 1999 when founding members Mike Schaefer and Ryan Johnson met and began playing together. Soon there after Tim Worrell came into the band and Blatant Disarray was born. After the usual line up changes BD settled on a perminant line up of Mike Schaefer, Tim Worrell, Ryan Johnson and bass player Adam Peterson of Dreamscapes Of The Perverse.