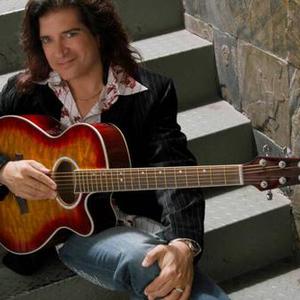 Blake Aaron is a guitarist who is best known for his passionate musical style, his memorable compositions, his soul and technical expression on the instrument, and his ability to connect with an audience, so it was not long before Blake would emerge as a solo artist.

Blake's debut Innervision Records release, With Every Touch (2001), included special guest appearances by Eric Marienthal and David Benoit. Three singles from this CD would remain in the Top 50 on the Gavin/SmoothJazz.com charts for at least 8 weeks each.

The single "She's So Fine" from his second album, Bringin' It Back (2004), propelled Blake into the forefront of contemporary jazz by remaining in the Top 30 on the Radio and Records charts for 8 straight weeks. Two singles would reach the top 100 of the year on the R&R charts. Additionally, with the assistance of All Star Music Lessons, Blake would produce three instructional videos for the guitar. Meanwhile, he continued his studio work with several television shows, which included regular recording sessions and an appearance on Mad TV.

In 2007, Blake released his third CD, DESIRE. Packed with 15 songs of sexy grooves and beautiful, unforgettable melodies, with such hit singles as "Bumpin' on the Wes Side," DESIRE was in the Top 20 on Radio and Records for 15 weeks and #1 on the Indie Charts for 20 weeks.