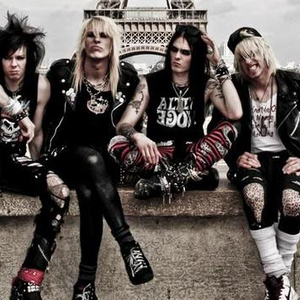 French Glam/Sleaze band that started in 2002 as a cover band by members Swan and Max. They asked bassists and drummers to play with them when they played a show in a bar but none of them actually stayed with the band. 2 years later they find drummer Kenny Snake and bassist Heinrich. In 2004 they write a 5 track demo with their own written material called Twilight, Rain and Darkness. All 500 copies were quickly sold out.

In 2007 the band records a new album which is released in 2008 and is called License To Thrill. At the moment they are recording their third album.