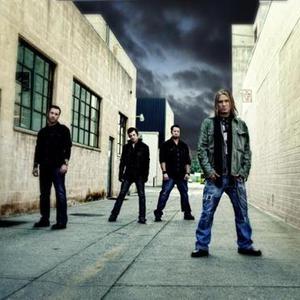 Black Sunshine was initially the brainchild of extreme sports icon, Matt Reardon, one of the top-rated free skiers in the world. After a traumatic accident nearly derailed his career in extreme sports, Reardon jumped head first into the shark-infested waters of the music business. Armed with an arsenal of heavy guitar riffs and infectious melodies, Reardon assembled Black Sunshine to bring his signature brand of hard rock to the masses. Ultimately, perseverance paid off.

The group managed to assemble the eleven blistering hard rock songs that comprise their self-titled debut album. Recorded with Grammy award-winning producer Bob Marlette (Shinedown, Seether, Filter) at the wheel, Black Sunshine was able to record an album that stacks up against their past musical accomplishments and still stands toe-to-toe with today's modern rock heavyweights like Shinedown, Papa Roach and Breaking Benjamin. Marlette was able to bring out the soaring melodies that Black Sunshine is known for, while polishing the riffs to cut like a machete. Marlette proclaimed Black Sunshine's debut album ?stands toe-to-toe with any rock album out on the shelf!?