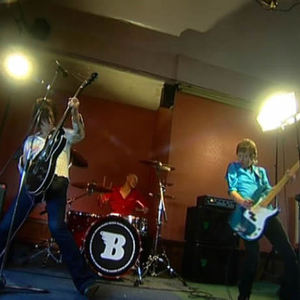 1) Black Moses is a trio composed of guitarist/vocalist Jim Jones , of the late Thee Hypnotics, bassist Graeme Flyn, founder member of the blues punk band Penthouse and drummer David Axford, whose credits include collaborations with Original Sinners and The Morgans. Sounding like a cross-over of The Who and MC5, this British powerhouse trio is one of those bands who will definitely appeal to anyone into the above groups/genre.

2) Black Moses is also a Swedish soul/hiphop group which released their debut album Black Moses in 1998 on V2 records. Their music is dark, blending elements of hiphop and neosoul but with an own touch of slow funky monotony.