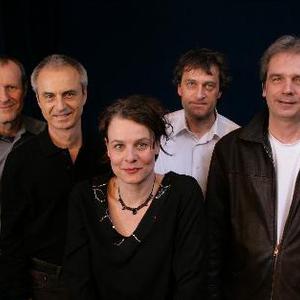 Black Cat Bone was a dedicated blues band. Band's vision and backbone was singer and 2nd guitarist Tapio "Tappura" Vesa. Black Cat Bone included drummer Eero Valkonen, harp player Heikki H?m?l?inen, Timo Saario in bass and organ and lead guitarist Antti Kanerva. The band formed in 1979 based around an excellent guitarist and singer, Hans McMinamin. Countless concerts in Germany and neighbouring European countries, in addition to their appearance at the Montreux Jazz Festival have proved that their reputation as an extraordinary live band is well-earned.

The band formed in 1979 based around an excellent guitarist and singer, Hans McMinamin. Countless concerts in Germany and neighbouring European countries, in addition to their appearance at the Montreux Jazz Festival have proved that their reputation as an extraordinary live band is well-earned.

A variety of Blues legends such as Katie Webster, Sidney ?Guitar Crusher? Selby or Rick Derringer (The McCoys) were so impressed by the band, they booked them to tour with them as support.

The 11 CDs the band has released ? also with masters of their craft such as Alvin Lee (Ten Years After), Chris Farlowe (Colosseum), Calvin Owens (BB King's Musical Director), Katie Webster and Sidney ?Guitar Crusher? Selby ? represent further milestones which can be charted in the band's 30-year history. The absolute highlight was the studio-session for the ?Taylormade? album. Mick Taylor, the former Rolling Stones guitarist, came to T?bingen to play as guest musician on the album.

In 2002, Hans McMinamin moved to the USA. Since then, the band has a new voice, embodied by Tanja Telschow. This is a voice which is imbued with the raw power and amazing range that only she brings with her; her charisma and vocal presence get every joint jumping.

The virtuoso guitarist Gunter Richter lays down his magic on the rhythm section background provided by Uli Wagner on drums, and Stephan Wegner on bass. The pulsating, dynamic result of this perfect musical partnership is second to none, reflecting an intuitive understanding of what it means to play together.

Martin Holzner on keyboards completes the whole picture, complementing the group with his sensitive and relaxed harmonies. This magic carpet of sound combines with his forays into different blues and jazz styles, resulting in solos which leave a lasting impression.

First-class guitarry blues rock, powerful, passionate and dynamic grooves, solos which take you on a journey, all combined with an absolute love of playing together ? every BCB concert shows how varied and fresh blues music can be right up to today. The press has compared them to ?Californian studio-cracks, who do nothing apart from continuously perfecting high-grade, top-carat music.?

This is music which gets to your legs, your head, but especially your heart. Bluesrock at its best ? a wonderful live experience!

Livin' On The Hog