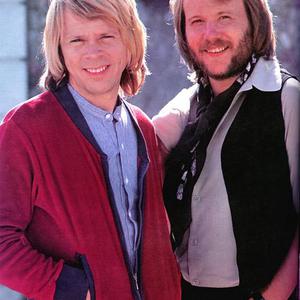 The Bj&ouml;rn Ulvaeus and Benny Andersson album Lycka, released in 1970, contained the very first song to feature all four ABBA members: Hej gamle man! (?Hey Old Man!?). As the original album is reissued on CD with 14 bonus tracks, we explore the fascinating era between Bj?rn and Benny's years as Sixties pop stars and the first ABBA recordings. The year 1969 was a crucial turning-point in the ABBA saga.

The year 1969 was a crucial turning-point in the ABBA saga. That was the year when Benny Andersson's group, The Hep Stars, split, and it was the year when the Hootenanny Singers, Bj?rn Ulvaeus' band, decided to quit touring for the foreseeable future, confining their infrequent group activities to the recording studio. It was also the year when Bj?rn became romantically involved with Agnetha F&auml;ltskog, and Benny was engaged to Anni-Frid Lyngstad. Bj?rn and Benny strengthened their working partnership as songwriters and producers, and solidified their connection with Stig Anderson of the record company Polar Music; he also contributed lyrics to many of their songs. In hindsight, it seems the scene was set for ABBA to happen, whenever those involved felt so inclined. The reality at the time, however, was quite different.

In Sweden, the late Sixties and early Seventies were a difficult period for former pop stars such as Benny and Bj?rn. The first, innocent pop era collapsed when the discotheques became popular and killed off many gig opportunities. ?Pop? became ?rock? and there were demands for a ?heavier? and more advanced musical setting; also, the lyrics had to deal with philosophical or political issues if artists wanted to be taken seriously. Those who wanted to devote themselves to pure entertainment found it tough: the market for Swedish light-pop was limited, so what remained was Swedish schlager (a form of European easy listening) and cabaret. That was how the duo Bj?rn and Benny kept themselves afloat, although they dreamed about an international career in English-language pop. Stig Anderson was confident that their dream would come true: ?One day you will write a song that becomes a worldwide hit!?

The duo's first recording project together was less than glamorous, however. In the autumn of 1969, they wrote most of the music for a not-very-good Swedish soft-porn movie, using the working title Inga II (it was a follow-up to a similar film entitled Inga). Two of the songs for the film were released as a single in the spring of 1970: ?She's My Kind Of Girl' (later included on the international version of ABBA's Ring Ring album) backed with ?Inga Theme'. None of the songs became a hit, and the film didn't even open until the autumn of 1971, at which time its English title had changed to The Seduction Of Inga.

Despite this setback, it was decided that Bj?rn and Benny should record an entire album. As early as the summer of 1969 there had been talk of a demo album, for the purpose of attracting other artists to record Andersson/Ulvaeus compositions, but the plans weren't realised until the following year. Also, it was decided to make it a ?real? album for commercial release, even if there was still the hope that there would be cover versions of the songs. The album, eventually entitled Lycka (?Happiness?), was recorded between June and September 1970, although according to a contemporary interview with Bj?rn Ulvaeus, only five days in total was spent in the studio for the 11 tracks on the album. In terms of style, the album was fairly eclectic: intimate ballads were followed by somewhat rawer electric guitar-based pop (the rocky ?N?nting ?r p? v?g' [?Something's On The Way?] had appeared in an instrumental version in The Seduction Of Inga), which in turn was followed by folk-pop and perky schlager songs. But in general the album was characterised by a sort of singer/songwriter ambition, as if Bj?rn and Benny wanted to become a Swedish version of Simon and Garfunkel.