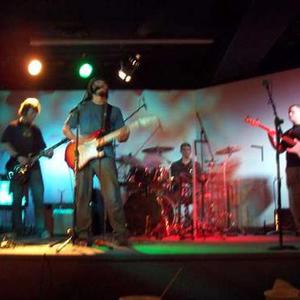 3 Driven Nails was a "Revival Rock" band, as coined by the great "Revival Rock" band Strangers & Pilgrims. 3DN traveled all across the South for 8 years leading worship, concerts, retreates, D-Now weekends, and speaking to groups of all ages and sizes. The Beginning 3DN started with Brandon Matthews, Ellis Ray, and Chris Hudgens, three friends who loved music. After finding it's name through the inspiration of a "3 Dog Night" record, 3 Driven Nails soon brought in additional members Barry Dorman, Kyla Crain, and Harlan Miller.

Over eight years the band changed members many times, with the exception of founding member Brandon Matthews. Kyla Crain was the first to venture into other areas of ministry. For a very short stint, tryouts were held for the next lead singer, adding Kathryn Frazier to the group.

After a short time with Kathryn, the band would then take a major shift. She moved off for school, Chris and Ellis decided to take other musical interest, and 3DN was left to regroup. After a little time off, the group added Steven Melvin to lead vocals, and Brandon Doss to bass guitar. For a year Steven would lead 3DN around the South, and even start recording their first album. However, Steven shifted gears and again 3DN changed it's linup.

Barry Dorman moved to lead vocals, and Matt Lauderdale was added to guitar. Finally in the beginning of 2005 the first album "My Name" was released. Shortly after it's summer release, Barry stepped out of the band moving Matt Lauderdale to lead vocals and song writer in October of 2005. During this shift Blaine Hurt was added to lead guitar. 3DN would continue this way until 2008 when Brandon Doss moved to Gulf Shores, AL. Kylie Colburn would then be added to Bass guitar, Danny Jefferies was added to accoustic guitar, and Tommy was added to guitar and backing vocals.