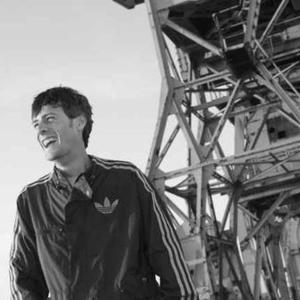 Bitkit (www.bitkit.be) is Gunther Wyckmans, born in Belgium 1982. A his passion for music started at a young age when received classical training in instruments such as trumpet & piano. Obsessed with rhythms, he hit the drums in a local band & later taught himself how to play on a djemb?. Six years ago, he was frustrated by only having 2 hands & he started to make electronic music. But his true calling manifested itself 2 years later when he discovered psy-trance. At first he dj-ed under the alias of DJ Thor, spinning the decks in Belgium as well as Holland & Germany.

But soon enough he wasn't just happy with playing other people's productions & started to make his own tracks.

Through his broad musical education & experience he progressed rapidly.
He spent many nights in the studio together with the boys from Lani.
Because of their longtime friendship it was not just great fun but also a learning experience, which dramatically improved the quality of the production level.

So, it came as no surprise that he got signed to the Belgian label Kairoo Records.
On this label he released his first tracks under the name Bitkit, the infamous Logical Ep, on 12 vinyl

His production is top notch, bringing a combination of massive anthems & melodic layers on top of roaring & powerful pystrance music...This combined with pumping & original basslines and a deadly accurate kick, made it one of this year's most pleasant surprises in the psychedelic music scene.


Bitkit is not just a studio-project but also delivers a smashing live-act.
His first live-sets on the Kairoo label nights (in- & outside of Belgium)
went down extremely well! The reactions of the crowd to his music is incredible!!
People went out of their mind and body & some havent even founnd their way back since?
Each track tells a story in itself, but we can give you a good idea of what to expect...Full power, hi-quality psy-trance with a top notch production