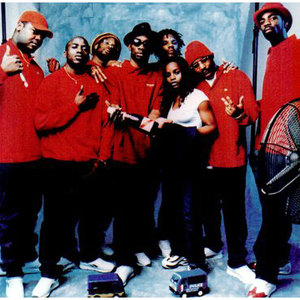 Bisso Na Bisso (Lingala: Between Us) is a music collective of rappers and singers with origins from Congo Brazzaville formed in 1999. The group consisting of Ben-J (from Neg'Marrons), Calbo and Lino (from the group &Auml;rsenik), Doc TMC and G. Kill (from 2 BAL), Mystik and the only female M'Passi was put together by French rapper Passi. The group did an album called "Racines..." which means "Roots" in French.

The group did an album called "Racines..." which means "Roots" in French. The album contains a fusion of hip hop with African rhythms and sounds like rumba, zouk and soukous giving it a unique and distinctive flavor. The album also featured collaborations with prominent african musicians of the time like Koffi Olomid&eacute;, Papa Wemba, Isma&euml;l L&ocirc;, Kassav' and Monique Seka.

The group released their 3rd Album "Africa" in early 2009 10 years after their debut.