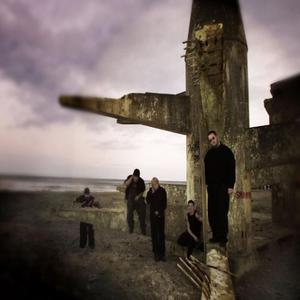 BIND began in the spring of 2002. The band is based out of the Ocean/Monmouth County area, of New Jersey. BIND has released four demos for a total of fourteen studio recorded songs and has filled such venues as: The Legendary Stone Pony, The Birch Hill, The Saint, Brighton Bar, The Whiskey Bar, The Sawmill (Green Room), and has reached as far as New York City, playing at the Legendary CBGBs, and South Street Philadelphias Club 218.

Appearing with bands such as GHANDI (featuring PAGE HAMILTON, the former lead singer of HELMET), SKID ROW, 40 BELOW SUMMER, SOULFLY, E-TOWN CONCRETE, SWORN ENEMY, RA, REVIS, SMILE EMPTY SOUL, LACUNA COIL, TANTRIC, SLOTH, MONSTER MAGNET, BREAKING BENJAMIN, SPONGE, DROPBOX, SILVERTIDE, and SALIVA. BIND has been featured by 95.9 the WRAT and was asked to play for their 8th annual Birthday Bash, at the Stone Pony along with Monster Magnet, and Breaking Benjamin. Followed up by having the WRAT ask BIND to play their 3rd annual Nut Cracker's Ball (xmas show) which allowed BIND to share the stage with Dropbox, Silvertide, and Saliva. BIND was also featured on 90.3 Montclair University radio station. BIND has been nominated for the 2003 / 2004 Asbury Park Music Awards as the top Hard Rock / Heavy act. The group was also invited to headline The Make A Wish Foundation benefit concert, which raised well over $3,000.00. LEAVE SOME COMMENTS!! WE'D LOVE TO HEAR FROM EVERYONE!

For your heavy days