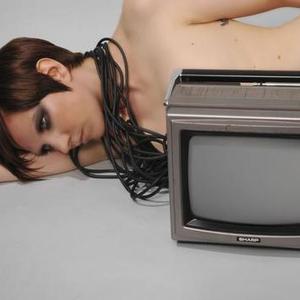 "The singer is Billie Ray Martin and she's one of the living legends in modern music history and one of the best voices on planet earth."
DJ Hell

Billie Ray Martin once described herself as ?a kid from the red light district of Hamburg who wanted to be a soul singer and found herself making repetitive electronic music, while still trying to be soul singer'.

Electribe 101 scored a series of hits including the classic ?Talking With Myself? before Billie moved on to continue exploring fusions of electronic music and soul. After releasing the thoroughly scary ?Persuasion? with Spooky and the monumentally beautiful ?Four Ambient Tales? with The Grid, Billie found herself with a worldwide number one hit in ?Your Loving Arms?, now regarded as one of the all-time classics of dance music. Three more hits and the album ?Deadline for My Memories? followed.

Since then Billie has worked with Ann Peebles and Carla Thomas, as well as Al Green's and Aretha Franklin's musicians on her album "18 Carat Garbage", developing and to a point perfecting her dream of ?Memphis meets Electro?.

She followed this with a series of acclaimed singles and collaborations, including the BRM-penned ?Je Regrette Everything? with DJ Hell on his album 'N.Y. Muscle' and ?Bright Lights Fading? with Scottish duo Slam, resulting in an abundance of renewed media praise and dance chart entries.

In 2008 Billie starting taking to the decks with the launch of her own London clubnight ?Komputerliebe?, which she has since re-launched in different cities including Frankfurt. As DJ, Billie delivers a distinctive and spot-on set of cutting-edge House music, and sometimes some NU-NRG Disco. The growing response to her DJing has led to bookings taking her across the globe.

Next came the solo single ?Undisco Me?, a Moroder-feast released on Rebirth. It hit the UK dance charts top 5 and the Billboard top 20, receiving an overload of praise and plays.

The current single ?Sweet Suburban Disco' (released in March 2011) with mixes by amongst other greats, Vince Clarke, is creating a storm out there, with the world's key DJs from Black Strobe to John Digweed giving it full support.
Also currently out and in the Music Week Cool Cuts Charts at Number 14 (release date 25.4.11), is the ?Sold Life' E.P. by Billie Ray Martin and Hard TON, also released on her own Disco Activisto label. Back to Billie's old school house roots, it's one of the releases creating a serious buzz right now, with mixes by Snuff crew and Luke Solomon and charted by everyone from Laurent Garnier to Kim Foxman from Hercules and Love Affair.

In 2010 DJ Hell and Billie teamed up again to add the icing on the cake to his latest album ?Teufelswerk?. Their cover of Hawkwind's ?Silver Machine? (only available on the Japanese release) has been praised by many as a more than worthy follow-up to their previous collaboration.

2010 also saw the release of Billie's epic "The Crackdown Project" including a rare vocal appearance by Stephen Mallinder of Cabaret Voltaire. Spread across two albums and featuring her takes on CV classics ?The Crackdown? and ?Just Fascination, ?The Crackdown Project? brings Billie back to her cutting-edge house music roots and includes a multitude of remixes from Europe's electro elite. In an industry first, Billie collaborated with the world's biggest torrent-site Mininova, as well as leading blogs to release free exclusive mixes as part of the release plot, resulting in 20,000 downloads in a matter of days and a major international press response.

?The Crackdown Project? reinforces Billie's unique position as an artist who appeals to both the uber-cool titles like Flux Magazine, Wound and The Wire, as well as the pop mainstream achieving ?Song of the Day' status on Popjustice. Having photographed Billie twice, Wolfgang Tillmans nominated Billie as his pick of the world's 25 most influential women, as featured in i-D Magazine's 25th anniversary issue.

In September 2011, Billie and musician Robert Solheim are finally releasing their album ?Hollywood Under The Knife? under the banner of The Opiates. A rare match of classic songwriting and cutting-edge beats and bleeps, the press has dubbed them ?The Carpenters of Electro?. The Opiates made their live debut at Rough Trade on London's Brick Lane in March 2008, to coincide with their first release ?Anatomy Of A Plastic Girl? E.P. to much praise and support from the press. For the upcoming album, Wolfgang Tillmanns has given ten unpublished and unseen photographs which will make up the cover and booklet of the album.

Billie is currently working on her next solo album, while DJing also continues to be a priority.

Deadline For My Memories