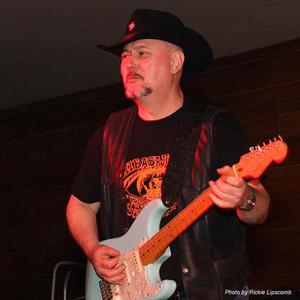 American roots rock rebel Bill Lyerly has a fascination with Europe that follows the tradition of two famous bluesmen with whom he has performed. Both John Lee Hooker and Bo Diddley found a great echo in the Old World for their music, a scenario which has also led Lyerly to establish himself in the Basque Country. This veteran guitarist, singer/ songwriter and keyboard artist has had a magnificent response from the public who flock to his live performances. Like those shows, Lyerly?s records showcase his own unique vision of American roots music.

Lyerly began his musical career at age eleven after first hearing the blues/rock influenced music of the British Invasion. He played with bands throughout middle school, high school and college and in 1975 co-founded Super Grit Cowboy Band, called ?the South?s hottest honky tonkers? by the The Village Voice. In 1980 Lyerly signed with RCA Nashville and began writing and recording albums and CDs, which include: Prodigal Son, Higher Ground, From The Old School, Railroad Station Blues, Cobalt Blues, Motel Room Blues, Requiem Mess, The Twang Years and Too Hurt To Cry. From 1999-2000 Lyerly was nominated for five CAMMYs, an East Coast rhythm and blues award, and won Best New Artist in 2000. Other greats Lyerly has performed with include: REM, Paul Rodgers, Gregg Allman, Eric Burdon, Levon Helm, John Mayall and many more.

Too Hurt To Cry - The Best Of Bill's Blues