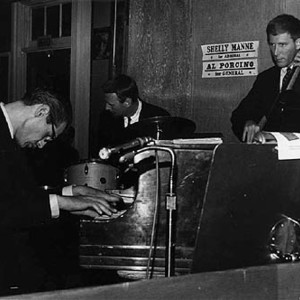 One of the most famous and influential jazz pianists of the 20th century, Bill Evans formed the acclaimed piano trio in 1959, along with bassist Scott LaFaro and drummer Paul Motian. Evans' focus in this trio was jazz standards and original compositions, with an emphasis on interplay among the band members that often bordered on collective improvisation and blurred the line between soloist and accompanist.

This trio recorded four albums: Portrait in Jazz (1959), Explorations, Sunday at the Village Vanguard, and Waltz for Debby (all recorded in 1961). The latter two albums are live recordings drawn from the same recording date, and they are routinely named among the greatest jazz recordings of all time. After LaFaro's untimely death, Evans went into seclusion for nearly a year, then re-formed the trio. After that, the personnel of the trio (other than Evans) changed every few years.

On A Friday Evening

Sunday At The Village Vanguard