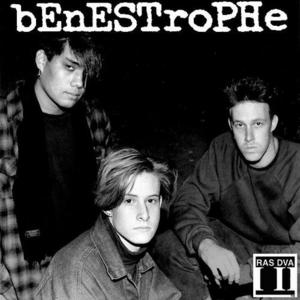 In the years 1988 to '89, brothers Dwayne & Gary Dassing founded bEnESTroPHe with vocalist Rich Mendez. They made two tapes as Benestrophe using only a 12-channel mixer and a $100 stereo TEAC tape deck (incidentally the same equipment used for the first Mentallo release), and surprised even themselves with its sound quality. Guest vocalist Jaime Chavez joined the band for several songs like "Flesh Decay".

After releasing the two full length demos, playing numerous live shows and gaining a huge following in their home town of San Antonio, Texas, the band then decided to dismantle and go their separate ways for a number of reasons. Mostly personal ones.
Later on, in a new year and a new city, the brothers Dwayne and Gary founded Mentallo & The Fixer.

Both albums are downloadable for free here