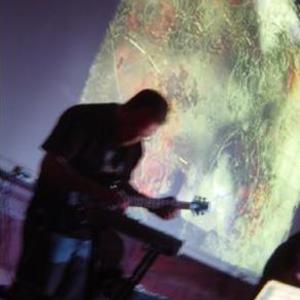 As well as the CDs listed below, this artist also released a CD called '... to reach the other shore' which was on gears of sand recordings and released in 2003. On this CD he uses some field recordings as well as synthesised sound (one track has a the sound of a bunch of keys rattling). There is a distinct surreal element to this CD. The package consists of a plastic wallet with a folded paper insert with the track titles. The paper is heavily watermarked with swirling colourful markings. There is a small metal object in the wallet, like a flower shaped bead.

If this gets into the wrong pisition in the wallet and then the CD is squashed against something, the CD can get damaged (as mine did!) Luckily for me the damage was a crack in the outside edge just outside where the music stops!

As a Means Through Which I Can Speak