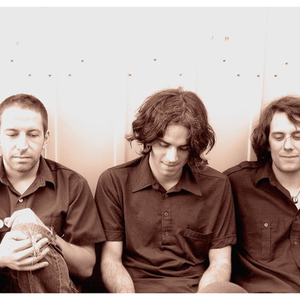 Back in 1999, not much could be said for Below the Sea. Based in Montr?al and Quebec City, the trio (then comprised of Pascal Asselin, Patrick Lacharit? and Mathieu L?vesque) had already done a few gigs yet still didn't really know one another. While experimenting with Patrick's four-track, they quickly realised that something more was on the horizon. In 2000, the band recorded for six months after signing with Where Are My Records.

The Loss of Our Winter was based upon the idea of crafting songs that could be built into people's dreams... Things developed quickly. The album was released in Europe and began getting more and more attention both at home and abroad. Several compilation appearances and collaborative efforts came along and the experience gained pushed them to release a second album far more accomplished, Les Arbres D?payseront Davantage. A four-track EP followed, garnering much attention. But after touring several European countries, a break was needed. Their third album should prove to be something different, as the band has sharpened their production skills and re-focused their energies, enlisting a new bass player that has solidified the core of the group. It will take years for the band to uncover all of the melancholia they've trapped away.