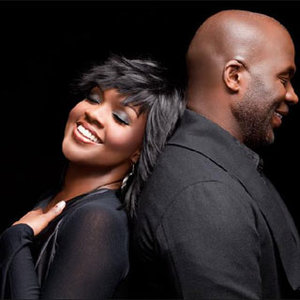 Detroit-born brother and sister BeBe (Benjamin) and CeCe (Priscilla) Winans are part of the gospel-singing Winans family that also includes the Winans, their four brothers. As a duo, BeBe & CeCe maintain the gospel message, although their records have the production values and style of contemporary R&B. They released their debut album, BeBe & CeCe Winans, in 1987 and scored a moderate hit (number 49) on the R&B charts with the single "I.O.U. Me" scoring on the R&B and adult contemporary charts. This earned them three Grammy nominations and one award (gospel).

Their second album, Heaven, came in 1988 and found them scoring three R&B hits with the title track, "Lost Without You," and "Celebrate Life." The album reached the R&B Top Ten (number 95 in the pop chart) and went gold. 1991's platinum-selling Different Lifestyles was their biggest hit yet, topping the R&B album chart and featuring the R&B number ones "Addictive Love" and "I'll Take You There."