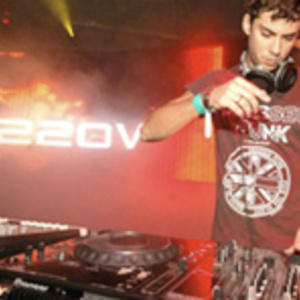 Brazilian project 220V aka Victor Costa is one of the most promising new artists in the psytrance scene today. In less than 3 years, his tracks have been released across the globe on the foremost psy labels in the world, such as Mind control records France (home of Talamasca), Phantasm records UK, Proton records Brazil, Tradesound Brazil (with the CD from Xxxperience, the party 33 thousand Brazilians attended!) and many many others.

In the studio, 220V has already worked with huge names like Eskimo, Dynamic, Dynamo and Alternate Control, most recently working on a remix of a Skazi vs CPU track, called 'Highest Party'.