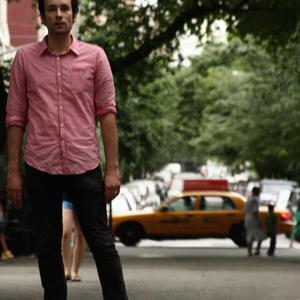 Brian Sendrowitz has been crafting hazy, literate, heartfelt pop songs as Beat Radio since 2005. Various friends and collaborators have helped contribute to recordings made in bedrooms and basements, and help round out the band for live shows. Beat Radio's early demos were quickly embraced and championed by music bloggers, and the music was compared to that of such luminaries as Sparklehorse, Luna, and The Weakerthans.

The band developed a loyal and passionate fan base around the world through a steady stream of mp3s and limited run CD-R releases. Beat Radio's first full length, The Great Big Sea, was released in 2006 and earned an 8/10 rating from Drowned in Sound. The second album Safe Inside the Sound followed in 2009.

In December of 2010 Beat Radio used a successful Kickstarter campaign to fund the Vinyl pressing for their third full length record. Golden Age was the first release on Awkward for Life Records, a DIY Boutique Label run by Sendrowitz and his wife Elizabeth. In the spring of 2011, the band was featured on Insound's staff blog as Band of the Week, and The L Magazine included them as an honorable mention in their annual NYC Bands You Need to Hear feature. Golden Age also received airplay on KCRW and was featured on influential music blogs such as yvynyl, Get Off The Coast, Pretty Much Amazing, and Tsururadio.

In 2012, Beat Radio will release their fourth full length LP in a series of installments. Hard Times, Go! is an expansive, adventurous concept record that sonically and thematically falls between Bruce Springsteen's Darkness on the Edge of Town and Robyn's Body Talk.