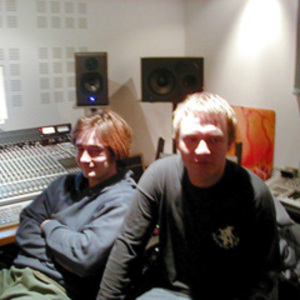 Martin Spanner Zimmermann and Ren? Gundel Nielsen joined forces in 1998 after years of separate careers with electronic and alternative rock music. Martin played guitar and was a vocalist in an industrial band before he discovered electronic music. Ren? got interested in the Copenhagen acid house scene in the late 80's and a few years later he bought his first music equipment. Ren? and Martin met up when they both were part of a party organization in Copenhagen called "Rotundum".

They both had their different projects while Beat Bizarre was getting shape, and the first result of their work was "Conscienceless", later released on their first 12" together with the tracks ?Hallugrabber? and "Deep Disco Profile". Their first album ?Lewd? released with Iboga Records on 2001 is still considered by many one of the best progressive albums. The track ?Brain Drain RMX?, included in this album, hit thousands of dance floors. The album's style was formed by deep pulsating beats, funky rhythm patterns atmospheric sounds and melancholic moods, but still music had a full on energy.

?Lewd? had a big success and Beat Bizarre live set was requested by many organizers around the globe. So far they have played in countries such Japan, Mexico, Portugal, Greece, Switzerland, and Hungary.

Later on the 2002 they got invited by TIP Records to work with them where they released ?Pop the Question? and ?Swallow?. And they also participated with a remix in ?Cross Link? a compilation by Iboga and Digital Structures. They did as well as a track for Plastic Park's compilation ?Into the Parkness?. Their second album ?Pandora's Groove Box? allowed them to experiment with a more full on sound, being ?Urban Disturbance? the track that catch the attention of their listeners.

Beat Bizarre has worked with Iboga Records since the beginning and both parts play a strong role in the development of the Copenhagen Sound, and now they are back with their third production ?Somersault Industries?, released in April 2005. The reactions has been amazing, some has even voted this album their best.