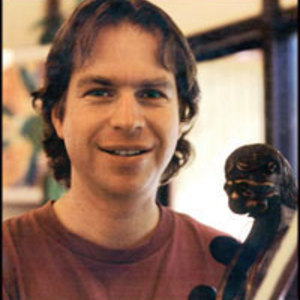 Cellist, arranger, and composer Barry Phillips explores the line between traditional folk and classical music through beautifully clean arrangements that draw on the past, yet always look ahead to the future. From his recordings of American Shaker melodies to an album of Rumi's poetry set to strings, Phillips' expansive body of work has been gleaned from traditions around the globe and encompasses more than eight centuries of music.

Phillips' newest album Tr?d. is a contemporary celebration of Scandinavian folk songs and original compositions. In addition to Phillips on cello, Tr?d. features two of Sweden's premier players: master nyckelharpist Olov Johansson of the band V?sen and virtuoso fiddler, Olof G?thlin. The album's title combines the abbreviation for the English word "traditional" and the Swedish and Norwegian word "tr?d," meaning "thread." It's an album rich with the character of Scandinavian folklore, while its modern, streamlined arrangements make for a sound both elegant and earthy.
Phillips holds a Masters of Music degree in composition from the San Francisco Conservatory and has collaborated with Ravi Shankar on several compositions, including two pieces for celebrated cellist Mstislav Rostropovich. In November of 2002, he accompanied Paul McCartney, Ringo Starr, Eric Clapton, and other rock luminaries in The Concert for George?a memorial to George Harrison at The Royal Albert Hall in London. He has performed and recorded with such world renowned artists as fiddler Alasdair Fraser, harpist Aine Minogue, and the legendary British rock group Camel.

Phillips' previous recordings include Gourd's Shaker Trilogy (co-produced with William Coulter): Simple Gifts, Tree of Life, and Music on the Mountain. He also composed and produced The World Turned Upside Down, a reinterpretation of popular colonial American music that was featured in the PBS production of Ken Burns' Thomas Jefferson.