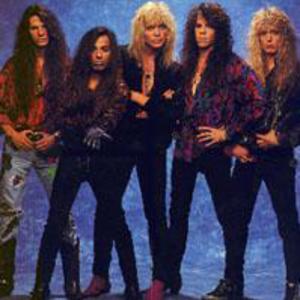 A straight ahead metal outfit that only lasted long enough to release one melodic well produced album. Their moniker was the name of a torpedo. Formed by David Reece (vocals, and the man that replaced Udo in Accept for one album) and guitarists Curt Mitchell and John Kirk. Former Hericane Alice members Ian Mayo (bass) and Jackie Ramos (drums) rounded out the band. Their debut album was produced by Max Norman, and featured songs co written by Jon Bon Jovi and Aldo Nova. But despite the big names involved, the album sank without a trace, and the band was never heard from again.