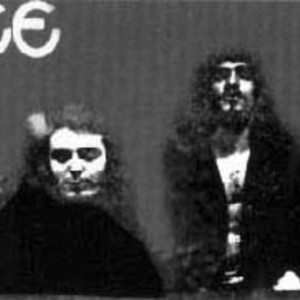 Solid late 60s hard rock album with a definite pop influence (as many great melodies as there are long guitar solos). Vintage 1969 sound with lots of different effects on the guitars. There are three songwriters, but they're all equally good, and the mix of writers lends variety. Ends with a terrific 9-minute blow out. Side two is completely solid. ~~~ Signed by Atlantic, 1969's "Banchee" teamed the quartet with producers Warren Schatz and Stephen Schlaks.

~~~
Signed by Atlantic, 1969's "Banchee" teamed the quartet with producers Warren Schatz and Stephen Schlaks. Like much late-'60s product the debut displayed some psych influences (the leadoff, mid tempo number "The Night Is Calling" has a distinctively trippy feel to it), but the predominant sound was heavy, guitar-powered rock. With all four members contributing material, original numbers such as "Beautifully Day" (sic), the fuzz guitar-propelled "Evolmia", "I Just Don't Know" and the extended "Tom's Island" offered up a series of high energy guitar powered rockers that were both tuneful and structural interesting. That said, the album was surprisingly diverse. "Train of Life" sounding like Mike Nesmith after a week of speed, "Hands of a Clock" had a pseudo-jazzy feel, while the Latin-tinged "As Me Thinks" recalled early-Santana. Peter Alongi passed away in the mid-90's. His son Adam is a proficient guitarist. Shortly after the release of their debut album,the group left Atlantic Records over management disputes and signed with Polydor records recording a second album at Electric Lady Studios in Manhattan. Their unique style of music clearly became evident with the second album which was produced by Michael Jeffries and Eddie Kramer.Lizard Records released a compilation of the first and second albums on a CD which created a resurgence of interest in the group in Europe. If you are lucky enough to locate the CD, it is worth the effort.