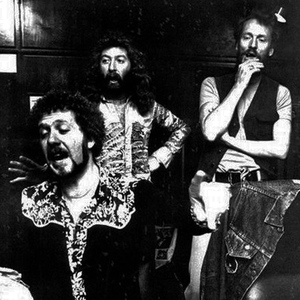 Baker Gurvitz Army was a short-lived English rock group. Their self-titled debut album featured a blend of hard rock laced with Baker's unmistakable drumming. The lengthy "Mad Jack" was the album's outstanding track. The two following albums contained similar material, but lack of success in America and personality clashes between the members, led them to retreat back to solo careers. Former The Gun and Three Man Army members, Paul Gurvitz and Adrian Gurvitz joined forces with ex-Cream drummer Ginger Baker in 1974.

Former The Gun and Three Man Army members, Paul Gurvitz and Adrian Gurvitz joined forces with ex-Cream drummer Ginger Baker in 1974. Later, the singer Mr. Snips and keyboardist Peter Lamer completed the band lineup. Things had not been going too well for Ginger Baker since the demise of his own band Ginger Baker's Airforce . The Gurvitz Brothers, too, were looking for a new way ahead after the early success of their band The Gun.
When Cream split up in 1968, Ginger Baker was invited to join Blind Faith, which formed the following year. This was not such a successful venture and following its demise, Ginger decided to put together his own outfit, Ginger Baker's Airforce, in 1970. This huge band included many of his friends and favourite musicians like Graham Bond, Phil Seamen, Denny Laine and Steve Winwood. The band recorded two 'live' albums, but eventually the whole project became too costly. In 1974, though, it seemed he could use his greatest talent in the Baker Gurvitz Army. Their first album was released the same year and featured a dynamic mixture of heavy rock, guitar themes propelled by Baker's irrepressible drumming.
The band recorded two more albums, Elysian Encounter and Hearts On Fire. But personality clashes eventually led to the band breaking up in 1976. the same year of their last release.

Flying In & Out Of Stardom - The Anthology CD2

Flying In & Out Of Stardom - The Anthology CD1

Flying In And Out Of Stardom CD2

Flying In And Out Of Stardom CD1