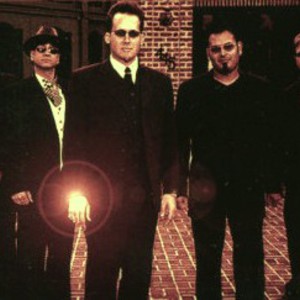 The Bad News Blues Band has been gaining a reputation for house burning live performances all over the United States as well as Canada, Mexico, Turkey, Romania, Ireland, the U.K. and even Moscow Russia! With their latest ARV Records release, "Still Cadillacin'" produced by Richard Medek and mixed by Teddy Morgan, they're set to hit the road and spread the word with the fire and intensity that their live shows are renowned for worldwide.

In the Thirteen years since the band was formed they have won many local and regional awards including first place in the 1997 and 2002 Arizona Blues Shootout. Winning the shoot out earned them a spot at the International Blues and talent competition in Memphis Tennessee sponsored by the Blues Foundation. The band has the distinct honor of being the first blues band ever to be added to the artist roster for the Kennedy Center for Performing Arts.

After touring at length with Texas guitar legend Long John Hunter, The Bad News Blues Band is making a name for themselves with upcoming performances, club dates and festivals across the country.

This band is on the move with a smoking hot rhythm section, sweet smoldering horns, blistering guitar, and an impressive frontline of dynamic vocals, that is sure to Knock You Out!